The Sellout by Paul Beatty look out 2016’s Man Booker Prize. The Sellout is a satire that starts with our protagonist in the nation’s Supreme Court for bringing back slavery. A negro in present day society who has chosen to bring back racial segregation in his home town. What follows is a biting and hilarious story of how he came to be a black man with a slave sitting in front of the nation’s highest court.

The Sellout was very well written and laugh out loud funny. I found myself giggling along to this novel more than once. Unfortunately for me a lot of the cultural references went over my head, perhaps due to the fact that it is set in America and I’m not quite as familiar with all of their culture (have it set in Australia and I certainly wouldn’t miss a beat). I do have to say after studying psychology at university I did appreciate all the psychological references from his childhood. I do think though I have discovered that satire may not be my genre – I tried and did better than I have in the past, however, I just don’t enjoy them like I should. Personally I also found the author’s side anecdotes, the probably hilarious jokes that others found funny, distracting from the plot and it really disrupted the flow of the book for me.

My favourite part of the book was the character Hominy. He was crazy, unpredictable and put a smile on my face the most by far. I definitely have not come across a character like him and will likely not again. In fact, a real highlight of The Sellout is in the character of the book. They were each very unique, rich characters that you are unlikely to forget anytime soon. This is the part I look back on with fondness and is what I will remember further down the track.

I can understand why The Sellout won the Man Booker Prize last year. This novel is so culturally relevant to American culture and is presented in an eloquent and hilarious manner. It makes some interesting points and is well worth a read if you have an interest in and an understanding of American culture and if you do enjoy a good satire. If you do not, I would perhaps not recommend this one. Unfortunately this book was not the right fit for me and I give The Sellout two of Hominy’s precious Little Rascals tapes. 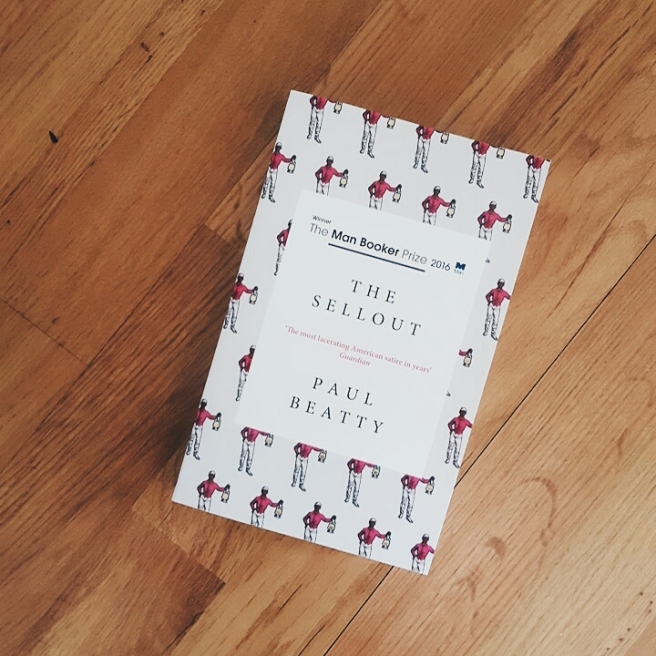 | Just a couple of recent #bookninja drops thanks to @booksontherail & @harpercollinsaustralia. I love nothing more than spreading the book love, hoping that a surprise makes a stranger's day or introduces them to their next favourite book. |
| A Lifetime of Impossible Days - Tabitha Bird | A Lifetime of Impossible Days is a beautiful and heart-breaking meditation on family trauma, guilt and growing up that focuses on Willa. We meet fierce Gumboots Willa in 1965, quietly breaking Middle Willa in 1990 and rebellious and scatty Silver Willa in 2050 where their lives intersect in a time slip delivered on the first of June. Head on over to the blog (link in bio) for my full review but spoiler: I thought it was a beautiful meditation on family trauma with a unique concept that manages moments of lightness and joy. Thank you @birdtabitha for sending me a copy.
| Giveaway. | Hi friends, since I happened to recieve two copies of this beautiful hardback copy of A Long Petal of the Sea by Isabel Allende, published tomorrow by @bloomsburypublishing, I thought I might share the love with a quick, easy giveaway 💕 Just make sure you are following me and give me a historical fiction recommendation below and I'll draw a winner at the end of the week. Giveaway closes the end of Friday 24/01. Open to my Aussie friends (sorry!). Not associated with Instagram or all that jazz. Just want to share the good karma.
| Read a whole half of a page before my friend came along ✌🏽 now that I've successfully shopped and had a very late lunch I'm ready to continue along my journey. What is everyone else reading today? |
| For those participating in the @stfureadingsociety #stfureadingchallenge I noticed as i was putting away my 2019 stack that many of my excellent reads fit some of the prompts. If anyone needs ideas for books about climate change, by an Indigenous Australian author, poetry collection, memoir by an Australian woman or a book from across the ditch have a peruse. |
| Mateship With Birds - Carrie Tiffany | I recently read along with @stella__project and my favourite @antisocial.influencer and safe to say my experience is definitely in the minority with this one. Mateship With Birds is contentious and not for everyone, if you are not a fan of excessive talk about sex this one will be a miss for you. Personally I was not disturbed by the sexual content and I found the voice of Harry authentic, who knows what that says about me as a person, but I thought the snapshot of an isolated, bachelor farmer in the late 50s believable. Sexual freedom was repressed and sex education was non-existent as was open talk about sex, desire and loneliness, particularly for men living on the land. I didn't find the sexual thoughts or conversations uncomfortable, I found them funny and entertaining in particular Harry's clumsy attempts to play the father role model, however misguided it was in reality.I thought it was interesting how the insidious, harmful sexual conduct of Mues contrasted Harry's bumbling well meant mistakes. I loved the diary entries of the family of Kookaburras immensely and enjoyed the quiet poetry of those pages. I was consumed from the beginning and easily crusied my way through and overall it was a win for me and I immediately went on to read Exploded View. For those who enjoyed the writing but not the sexual content, Exploded View will be much more up your alley. If you enjoyed the quiet, country life storyline meandering along but would prefer less sex I recommend Inga Simpson's Mr Wigg and Nest. #mateshipbetweenbirds made this an even more memorable reading experience sharing a discussion with @antisocial.influencer especially with our vastly different opinions, I found it a much more holistic reading experience, considering ideas and opinions beyond my own.